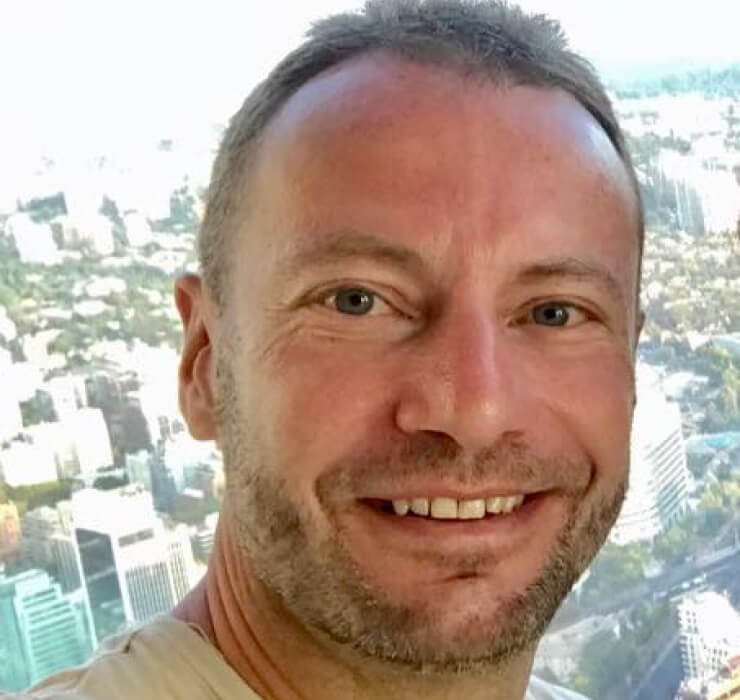 After an MBA in international tourism at Montpellier Business School, he worked as a tourist guide, then as a travel agent at Via Voyages, then as a press office at Atout France in Italy, then as a consultant in marketing and tourism development at Setel France agency, then as the manager of the 2000/2010 Tourism Strategy at the Paris Region tourism board.

Since 2014, within Paris&Co innovation agency, he has been managing Welcome City Lab, the first traveltech startup incubator in the world, which aims at positionning Paris as a major innovative destination. He coaches around thirty startups every year, in order to accelerate their growth and ensure their international success. He manages a team of 4 people and chairs a steering committee composed of 15 public and private partners. He aims at encouraging the creation of an international network of traveltech startup incubators. The key performance indicators of this initiative are: 150 coached startups, with a 85% success rate, 1,400 jobs created, over 200 million € raised.

He also chairs the « digital and innovation » commission of the French Tourism Committee. He is a member of the editorial board of Espaces magazine, of the French Traveltech Club, and of the Paris Nightlife Commission.