How to be an Impactful Traveller: Fireside Chat on Purpose from an Influencer

Lola Akinmade Åkerström is an award-winning Nigerian photographer and travel writer based in Stockholm, Sweden. She is the editor-in-chief for Slow Travel Stockholm. Her works have been featured in the National Geographic Traveler, BBC, and CNN, among other publications. As well as being an entrepreneur in her own right, Lola has also taken part in assignments as part of the Nordic TB collective where she has collaborated with travel brands throughout the Nordics to tell their story through her eyes.

Most recently, she wrote a piece for British Airways Highlife Magazine entitled "how I travel as a Black woman", in light of the heightened awareness brought about by the Black Lives Matter movement. With her own entrepreneurial initiative to create virtual experiences which goes back to local communities, we sit down with Lola for a fireside chat to get her perspective from a traveller, photographer and opinion leader's perspective on many of the key issues being discussed at X. Festival. We'll be asking Lola to share her perspective on topics from the current crisis in travel, BLM and what it means to her as a black traveller and the motivation behind her most recent startup, Local Purse. 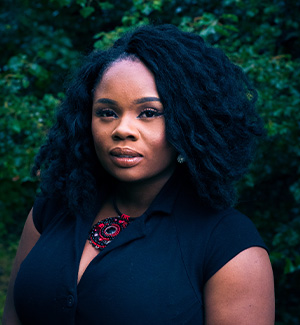 Stewardship as a Driving Force Behind the Brand

How 'Grow with Google' is Helping Tourism SMEs

How Brands are Inspiring Travel Again