In this session, Mathieu Jaton, will introduce us to the 'Dolce Riviera', a concept created in response to the cancellation of summer events in Montreux, Switzerland. The project was born between March and April 2020 under the impetus of about twenty actors from the economic, cultural, political and tourist sphere of Montreux. An unprecedented 'sacred union' whose objective was to bring together human and financial resources in order to offer something fresh, pleasant and attractive during the summer for both locals and visitors.

Mathieu Jeton was born 12 June 1975 in Vevey, Switzerland, after graduating at the Ecole Hôtelière de Lausanne, he started working at the Montreux Jazz Festival in 1999 and became the Festival’s General Secretary in 2001. Working at the Festival, he developed the values that have always defined him: a flair for hospitality, and a deep passion for music. In 2013, he assumed direction of the Fondation du Festival de Jazz de Montreux, of the Montreux Jazz Artists Foundation, and Montreux Jazz International SA. Through an array of projects, Mathieu has been guiding the Festival towards its future for six years while ensuring continuity in the savoir-faire and values that make Montreux so unique in the world of music.

In 2020 Mathieu was directly involved in the organisation of 'Dolce Riviera', bringing together almost 40 Swiss artists to create 'Montreux A.Live – Dolce Riviera', a series of free shows and concerts bringing the best of today’s Swiss talent in music and comedy. 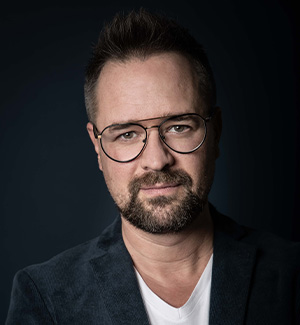 How to be an Impactful Traveller: Fireside Chat on Purpose from an Influencer

Sizing the Appetite for TravelTech in Adversity